New hat and I am participating at Artisans Craft Fair in Limerick tomorrow!

So as promised I have been trying to learn how to make hat my own way.

I have made a tubular structure which has not at all resembled the hat structure I have ended up with.
In fact I have had not a clue what final shape it is going to be!
So after initial felting stage I have packed the hat form from wollknoll and the felt in tightly closed pantyhose and off in to the washing machine.

The hat form has not been broken at all and the hat has emerged somehow felted from the machine.
then I have tried to play with the form and shape so at the very beginning the hat has looked as if it had a lot of ruffled pleats or indeed it looked as if it was a scrunched up piece of paper. 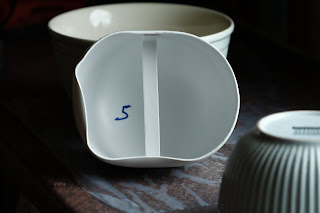 I have put the hat block and the felt to steam for a few minutes and this is where the disaster struck. My newly purchased block form has changed its shape slightly. Now a lesson use a boiling kettle instead to soften your piece.

So one thing for making pleated hats is to full the hat to a stage when it is pretty much closer to be done and then repeatedly steam it and pinch and shape in between.

This is what I have learned throughout this experiment. 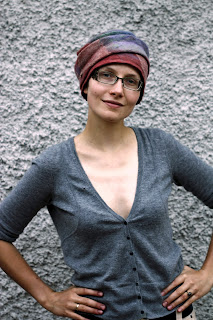 I love the outcome and there is more to come!

Publish Post
Posted by FabulousFelt by Kate Ramsey at 12:44 PM

Your hat looks great!! I wonder how you`ve made it, it looks a little bit complicated...

I love your hat. I've sent you a facebook friend request.
Thanks so much Kate your blog has helped me a lot,
i've ordered a hat form and foot form from wollknoll and i've order the two books you recommended.